There’s nothing we love more than building overachieving homes. Our latest project will not only produce enough solar electricity to meet its own energy needs, but it will produce surplus power to charge two electric cars: a Tesla Model S and a Nissan Leaf.

Nicknamed the Power House, it is the first of its kind in Whatcom County and one of few such homes in the world.

Perhaps more remarkable than the home’s efficiency is its modest price tag. Shared by two couples and three children, the 3,000-square-foot custom home will cost under $110 per square foot to build, significantly less than most other residential construction projects in Bellingham.

With its airtight shell, structural insulated panel (SIP) construction, numerous south-facing windows, highly efficient heat pump, and approximately 10,000-watt solar panel array (built by Bellingham’s own iTek Energy), this one-of-a-kind house has no electrical bills and costs nothing to heat. No oil, natural gas, or other fuels are used.

The home sends power to the city’s electrical grid when the sun is out and draws it during the night or on cloudy days. (Contrary to popular belief, the Pacific Northwest is an excellent place for solar.) Averaged over the entire year, the panels produce more power than the house uses, with enough of a surplus to power the two electric cars through on-site charging stations.

The owners are also saving money by teaming up with friends. The Power House is being built under a unique co-ownership agreement between the owners of TC Legend Homes, Ted Clifton and Rachel Lee, and their longtime friend Eric Murphy.

The house features two residences, each with its own private entrance, connected by a 700-square-foot common area.

Eric Murphy, a professional mountaineering guide who leads trips around the world, says he is especially enthused by the climbing wall and home brewing area that will be integrated into the home’s shared space.

The house has a system to harvest rainwater from the roof into a 3,000-gallon cistern, which also helps to trim the home’s utility bills.

The Cliftons will be irrigating their eighth-acre vegetable garden using only water they collect.

The home will show that cutting-edge energy efficiency can actually be affordable. By eliminating entire categories of expenses, like your home heating bill, your electrical bill, and now even your gasoline bill for your cars, then you can really see how this idea can pay off. And if one house can be shared by two families, you come out even further ahead.

Bellingham’s first positive-energy house will be completed early this spring. 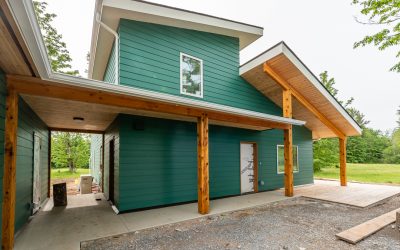 House in the Hollow Case Study

This just in and hot off the press - the House in the Hollow Case Study! TC Legend built this net-zero house through the winter of 2020/ 2021. The house-in-a-hollow isn’t really in a hollow, it’s on a knoll, above protected wetlands, northeast of Bellingham. The... 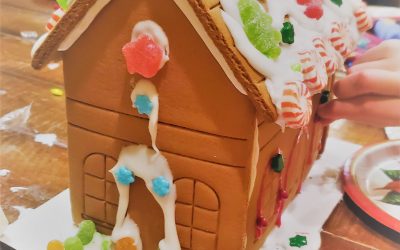 As we come towards the end of 2022, which in former years Winter was our slow season, the company is still quite busy with our six houses in the queue! The end of the year is always a great time to reflect on these past four seasons and solar cycle. Especially 2022...... 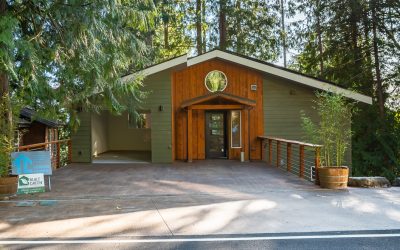 This month the Cascade house sold!  Thanks to all who came out to the Zero-Energy Home tours! And a BIG thank you to Sustainable Connections for co-hosting! We had a great turn out both nights educating the community about what a Zero-Energy home is all about,...